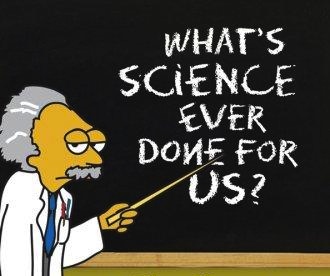 The deficit model strategy was used during the outbreak of bovine spongiform encephalopathy (BSE) in the UK. The first case of BSE in the UK was recorded in 1986. It was believed that BSE was a relative of a similar disease in sheep. As this disease was harmless to humans, scientists and policy makers reasoned the same would be true of BSE. Therefore the government decided not to inform the public to avoid an unnecessary scare. The following year the situation got much worse. Thousands of cattle became infected with the disease and overall 166 people died of vCJD. vCJD is has similar symptoms to BSE and is thought to be contracted through the digestion of BSE infected meat. This resulted in a crash in sales of British beef costing over $10 billion worldwide as well as an immediate loss of public trust in both scientists and policy makers. It has been suggested that the most detrimental factor in the case of BSE was the government’s claim for several years that beef was safe. While the government had no evidence to suggest BSE could affect humans, policy makers had been warned of the consequences should this hypothesis be proved wrong (Jacob and Hellstrom, 2000, Jensen, 2004).

Throughout the period of BSE in the UK the government repeatedly told the public that the issue was not of concern. The scientists were unsure of their results but the government omitted this from any communication on the subject of BSE. In this case the purpose of science communication was to create public reassurance and to minimise concern. After the BSC crisis it was clear the deficit model was not appropriate. In 2000 a House of Lords report on science and society ended the use of the deficit model and called for the public to be trusted to respond rationally to open dialogue between themselves and scientists (Roland, 2007).

In the current age, there are a huge variety of formats that incorporate science communication. These include news media, the internet, books, magazines, radio, fiction and in particular documentaries and natural history films. In the news, science content is constant and mostly positive. Around 70% of this coverage is on medicine and health. This is largely because journalists must choose news stories such as those in medicine and health, which are relevant to their audience. Science in the news is usually factually accurate but often has errors of emission. These include journalists leaving out previous research conflicting with the reported research as well as criticisms of the methodology (Pellechia, 1997).

Modern day science communication in its various formats answers the critics’ questions of the deficit model. It does this by making the public interested in science. For example the recent Frozen Planet documentary devoted an entire episode to climate change. The scientific community undoubtedly believe this is a vital concept for the public to understand, and by communicating this topic in an easily accessible format the public can be educated. Furthermore, the narrator of the documentary in question, Sir David Attenborough, is a familiar character that the public deem as trustworthy (Pellechia, 1997, Bernhardt, 2010).

The changing climate is a topic that often receives media attention, particularly during abnormal weather such as floods or heat waves. The media will convey that “the climate is changing for the worse, and it is all our fault” (Gavin et al., 2011). A recent poll found that over 50% of British people believe we still do not know the causes of climate change. This is potentially due to the mixed message painted by the media. The fundamental basis of science is to hypothesise, test, criticise and repeat. But this structure does not favour the public nor policy makers. Both these groups want facts that are reliable so they can make decisions. Instead, when one hypothesis is proved wrong, scientists are made to look like they are not credible.

Added to the scepticism of the public is the controversy of climategate. This is where several climate scientists were found guilty of manipulating the peer-review system to avoid their critics reviewing their research. This ensured their research was published in Nature, one of the most highly regarded scientific journals. When the incident was publicised in the media the public lost even more trust in scientists and their methods. Fred Pearce even referred to this incident as a public relations crisis (Gavin et al., 2011, Pearce, 2009).

Due to the lack of trust in scientists over issues such as climate change it is important that all information communicated to the public is as accurate as possible and easily accessible. The changing climate will only become a more important issue in the future, as not only the weather changes but also other affects become apparent, such as changing patterns of disease. For example the changing patterns of malaria prevalence as a result of climate change. This information is important to every individual across the entire globe. Through accurate and relevant communication the public will have the ability to make informed decisions about aspects of their life such as lifestyle and voting.