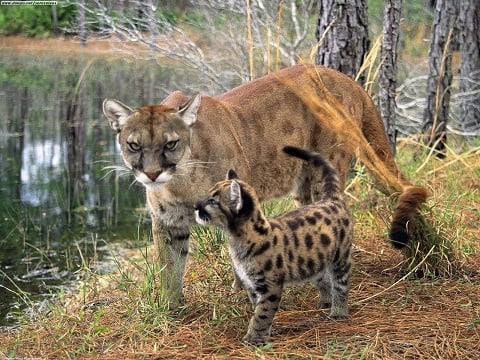 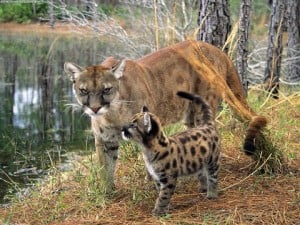 A new year, means a new calendar, and here in the office I have just got mine – and it is animal themed! I have decided at the start of each month I will write a blog about the featured animal. So, lets start the brand new feature to my blog!

As you might expect, this panther lives in the forests and swamps of southern Florida, and as is to be even more expected in current times, this animal is endangered.

But! The news for these panthers is actually quite positive! In the 1970s there were estimated to be as little as 20 Florida Panthers in the wild. However, as of 2011 their numbers were estimated to have increased to between 100 – 160 individuals!

What does a Florida Panther look like if you were to stumble across one on your holidays? The animals coat is tan in colour and their eyes are an almost yellow colour. With a shoulder height up to 70cm, these animals are highly intimidating if you are lucky/unlucky enough to find one.

But why would people do this? Unsurprisingly it was a case of money. It transpired the data was deliberately manipulated for financial gain.

At the beginning of the year the Javan rhino was officially announced as extinct in Vietnam. It is a shame that with so many species going extinct, at such a rate, people are still cheating the system for personal gain – when will we learn?